Force-sensing and -activated molecules are found in a variety of biological processes. A remarkable example is the multimeric blood protein von Willebrand factor (VWF), which plays a central role in blood clotting. Large VWF multimers are able to sense elevated flow in the blood stream, e.g. in the case of an injured vessel wall, and respond with an increased affinity for blood platelets and collagen. Engaged by forces induced by flow anomalities, VWF can induce the formation of a hemostatic platelet plug at a site of vascular injury. 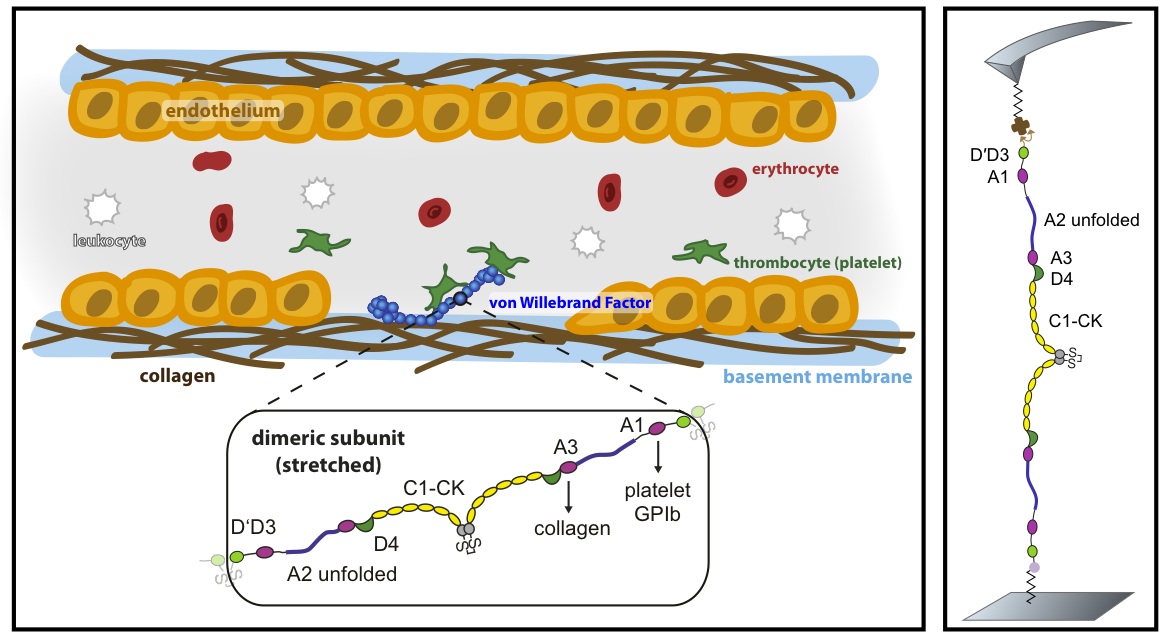 We are part of the multidisciplinary research group SHENC, which combines medical and physiological expertise with both experimental and computational biophysical approaches in order to gain a comprehensive understanding of VWF’s function.

This research is funded by: